GREG HARDEN HAS AND WILL ALWAYS BE ONE OF THE MOST INFLUENTIAL PEOPLE IN MY LIFE. 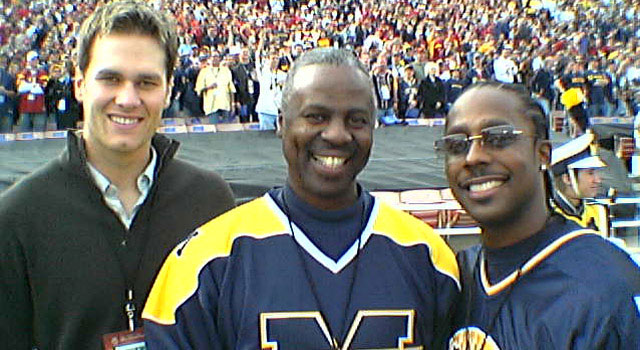 Greg Harden, M.S.W., is a life coach, motivational speaker and executive consultant who is best known for his work with 7-time Super Bowl champion quarterback Tom Brady, Heisman Trophy winner and Super Bowl MVP Desmond Howard, and 23-time Olympic gold medalist Michael Phelps.  Harden began work as a student-athlete counselor in 1986 when Michigan legendary football coach Bo Schembechler brought him in after hearing of the work Harden was doing in the local community helping people deal with the challenges of everyday life and work as a clinical therapist.  He meets with hundreds of athletes every year including some of the greatest athletes and coaches of all time in their respective sports, like Jalen Rose, Olympians Emily Brunemann, Jeff Porter and Olympic legend Michael Phelps to name a few.

Michael Phelps’ swimming coach Bob Bowman, credits Harden for helping him to communicate better with Phelps.  Bowman said of Harden:  “He’s a miracle worker. He made me a better coach and a better person.”

Besides sports, Harden has provided performance coaching to corporate executives and community leaders.  He has trained hundreds of managers and administrators on ‘managing trouble employees’.

Harden has this phrase framed on his office desk: “Control the controllables.”  It’s no use railing against the system, or against circumstance, Harden says.  You can only change what’s within.  How you control your emotions, reactions and responses to systems and circumstances is what you must master first.

“My real obsession is to convince an individual that they have to determine for themselves what sort of man, what sort of woman they want to be. The goal is to make people experts on themselves.”